Spain is a European country located on the Iberian Peninsula. The territory of Spain is divided into 17 autonomous regions. The capital of the country, Madrid, houses the Royal Palace and the Prado Museum, which houses works of European masters. In Segovia, you can visit the medieval castle (Alcazar) and see the well-preserved Roman aqueduct. Barcelona is the capital of the autonomous community of Catalonia. The appearance of this city is determined by the numerous fanciful creations of the architect Antoni Gaudi, including the Sagrada Familia.

See all options for outdoor activities and services in Spain 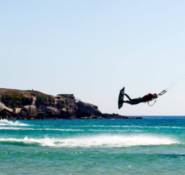